Skyweaver gives the power to its players. You create tradable cards by playing the game, and the cards you win are your property ⚔️ Conquest is the next level of competition in Skyweaver: a single-elimination tournament-style PvP experience where everyone can win rewards just by participating!

We’re excited to unveil yet another update to the Conquest game mode! Scroll down to read all about the latest Weekly Conquest Treasures 🌸 releasing with Hexbound Invasion!

Every week players who participate in Conquest will receive Conquest points. Once enough points are accumulated, players will receive a Conquest Treasure that automatically opens at the end of the week. The more points you get, the greater the rewards!

In order to receive a Conquest Treasure that automatically opens at the end of the week, players must first accumulate enough points to obtain a level 1 Treasure. There are 10 levels a Treasure can reach. The higher the level, the greater the prize. For now, every level will contain a prize of USDC. And higher levels will contain Silver cards from the latest expansion!

In the future, Treasures may also include tradable cards and cosmetics purchased from the Market—as well as special items unique to Conquest Treasures! Below is a breakdown of the points needed to to reach a specific Treasure level.

At the conclusion of the week, any points left over beyond the players' last Treasure level are carried into the next week—so there's no waste! For example, say you receive a total of 300 points. You would receive the contents of a level 1 Treasure and would start the next week with 50 points.

Conquest: enter with one life. Lose, and you’re out. Win once or twice, and receive tradable Silver cards. Win three times, and unlock a rare and tradable trophy Gold card!

Conquest is the next level of competition in Skyweaver: a single-elimination tournament-style PvP experience where you trade in 1 Silver card or 1.50 USDC to enter. Each match grants Conquest points which levels up your weekly Conquest Treasure and winning matches earns you Silver and Gold cards!

In Conquest, you play until you win three (3) matches or you lose once. Based on how many wins you achieve during a Conquest, you get the following tradable rewards:

If you lose the first match, you won’t receive any tradable Silver or Gold cards, but you'll still receive Conquest points for your participation as well as XP! It's also important to note that the only way to get Silver cards from the latest expansion in Conquest is through these points (Treasure system).

Note: Base, Silver, and Gold cards are mechanically the same when used in-game. Beyond the Conquest points they generate, the only differences are their visual appearance, supply, and tradability

Conquest: Where Gold cards are born

The only other way to obtain a trophy Gold card is by purchasing it (or receiving it as a gift) from another player on the Skyweaver Market.

What Gold cards can I win by winning all three matches in a Conquest?

Every week, there will be four (4) different Gold card selections that can be won and forged via Conquest. We call these the Weekly Golds. In other words, of the 500+ different Skyweaver cards available, four of them can be won via Conquest in a given week. Once the week ends, these four Gold card selections won’t be available to win again, and you’ll only be able to acquire them from other players.

How Weekly Golds work: Let’s imagine that in week one, the 4 Gold selections available are Fun Guy, Pandora, Unstoppable Chop, and Burninate. During the week, the supply of Fun Guys increase to 100 as they are won via Conquest. This means that only 100 Gold Fun Guys with this art will ever exist. So, the more Conquests are played in a given week, the higher the supply these Weekly Golds will have.

This also means that it will take time for all cards to exist as Golds, since we have 500+ cards and counting in the game. Remember that players can only buy Silvers and Golds from other players, and not Horizon.

Note: There will only be 4 Golds available to mint starting Sep 5th

What differentiates Conquest from Ranked mode?

A Brand New Gaming Experience: Trade Cards on the Market

By winning Conquest matches or ranking high on the Ranked leaderboard, you’ll win tradable cards. In other words, you can Play-to-Own cards that become your property, which you can then trade on the Market. Check out our Market Overview blogpost to learn more. 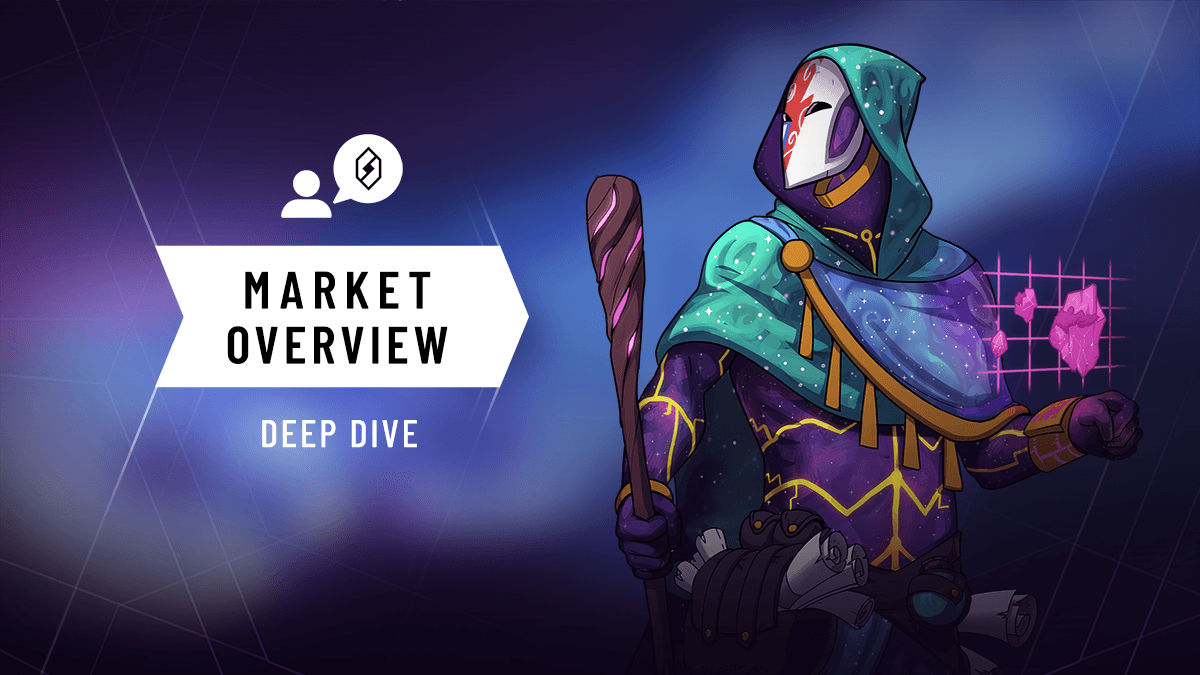 How To Play Conquest

To play Conquest, trade in 1 Silver card or 1.50 USDC for a Ticket.

Any player can enter a Conquest by paying with a Silver card. You can win Silver cards through Ranked mode via weekly rewards, by winning matches in Conquest, or by purchasing a Silver card from another player on the Market. We also host various community and marketing initiatives from time to time on social media!

Rules to Keep in Mind

Note: Discovery will only be removed from Conquest with Patch 100

Heroes: Choose one to lock in for the Conquest

Make sure you choose your Hero wisely because you won’t be able to swap Heroes in the middle of a Conquest!

Matchmaking: You get matched with players who have the same number of wins as you

Conquest matches players based on the number of wins they currently have in a Conquest. For example, if you’ve already won 1 match in a Conquest, you’ll be matched against another player who also has 1 win in Conquest. Conquest matchmaking does not consider your rank position or Elo score.

Be ready for a challenge ☠️

It’s important to note that many skilled players will likely play Conquest and there’s a good chance you’ll get matched against a very skilled player. For this reason, new players must progress beyond the first rank in order to unlock the ability to play Conquest.

Furthermore, we recommend new players complete the in-game tutorial and place high on the seasonal Ranked leaderboard to gain some experience before embarking on a Conquest. This way, you’ll have a decent amount experience in Skyweaver before competing in the hardcore Conquest mode.

Power to the Players

"Deciding to create a trading card game and not sell any cards may seem counterintuitive at first. However, we believe that player-owned economies will help make gaming experiences more fulfilling."

Skyweaver cards are eternal. They are never banned nor rotated out of play, which means the time you invest to build up your skills, cards and decks is never lost or taken away from you.

In Skyweaver, you control your playstyle and what you do with your cards. Want to own every single one of the 500+ cards? You can do that. Want to trade, sell, or give your Silvers and Golds to your friends? You can do that too. The choice is yours. Skyweaver gives the power to its players. You create tradable cards by playing the game, and the cards you win are your property.

We believe Skyweaver's player-owned economy will help create a new dimension of gaming, and we’re honoured to have you with us on this pioneering journey. We’re super excited to see where the community takes Conquest and we look forward to your continued feedback.

To chat with the rest of the Horizon team and our community, join our Discord server! Subscribe to our subreddit to share your ideas, and follow the Skyweaver account on Twitter or Instagram if you just want to say hey! Also—we’re on TikTok! Skyweaver is in Open Beta and you can play free now at play.skyweaver.net.